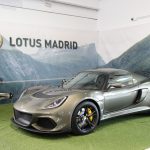 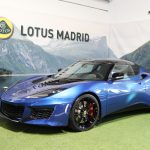 The British Touring Car Championship (better known as the BTCC) is hugely popular in the UK and quite well known in the rest of the world. Its races get extensive TV coverage as well as taking a fair share of space in the conventional and on-line press, but, even with such media attention, the BTCC is far from the dream of having among its contenders a works team entered by Mercedes with Lewis Hamilton at the wheel of one of their class A cars paired with his F1 team mate, Valtteri Bottas.However, that’s exactly what its predecessor, the British Saloon Car Championship, had in the 1964 season. The then current F1 champion, Jim Clark, was the main star of the series at the wheel of one of the cars entered by Lotus, his team in the first of his world championship winning years. The Scot, and his new team mate in the F1 squad, Peter Arundell, drove the two Team Lotus entered cars, a pair of Ford Cortinas, as a continuation of their collaboration to spice up the modest road-car model.It was a similar process as the one undertaken several years later to produce the Talbot Sunbeam Lotus. Talbot Sunbeam Lotus. Chapman’s marque fitted the not too powerful saloon car with a more high [...]
Read More ... 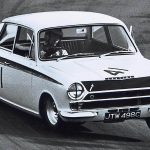 THE LAST CAP IN THE AIR

The wins of Alain Prost and Gilles Villeneuve in 1981 were a warning of what was to come. In 1982 the turbo engines were ever more powerful and to race against them with an aspirated engine was starting to be near impossible. Only the lack of reliability inherent to any new technology gave some chance of success to the teams that still relied on the now veteran V8 Ford Cosworth. Their hopes were based on something akin to a Grand Prix racing version of the hare and the tortoise fable. The quick hares were the Ferrari, Renault and Brabham, running at full speed from the beginning of any race thanks to the greater power of their engines. The patient tortoises were the Williams, McLaren and Lotus, following in the distance while waiting for something to fail in the mighty but fragile turbos.Anyway, as in Aesop’s old tale, the perseverance of the comparatively slow atmospheric cars was to get its reward more often than expected throughout one of the more strange, chaotic and dramatic seasons in F1 history. One of these times was in the Austrian Grand Prix, the 13th round of the Championship, held in mid-August on the Osterreichring circuit, the perfect scenario for the turbo engines to deploy all their power. With very fast corners, s [...]
Read More ... 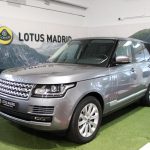 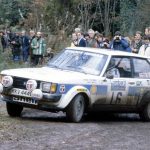 In the 70s it was almost a must to drive a Ford Escort to win the RAC rally, the World Championship event held every year in Great Britain at the end of the season. From 1973 to 1979, all the winners where at the wheel of a car from the blue oval brand. Six of them were from Scandinavia, with three wins for the Finn Timo Makinen, two for his fellow countryman Hannu Mikkola and one for the Swede Björn Waldegard. The two remaining went to local hero, Roger Clark, the only man able to face, on the slippery forest stages, the prodigious Nordic aces and their innate skill to drive faster than anyone on any glass-like terrain.Nevertheless, in 1980, things were about to change, and not only because a new decade was starting. The world of rallying was on the verge of a true revolution and in that year the ‘Lombard RAC Rally’ will be the end of an era. The future was around the corner, it was called ‘four-wheel drive’ and it was arriving through a brand with almost no presence so far in rallies: Audi.But before the arrival of the ‘quattro’ revolution there was a running of the British event still to be held, a rally that was almost a World Championship on its own. This was a classic that everybody wanted to win irrespective of whether the [...]
Read More ...